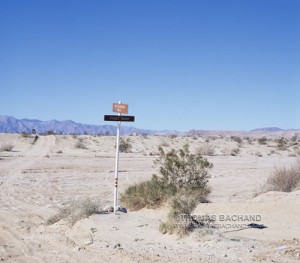 This summer I have been asked to juror Managed Landscapes at the Vermont Photo Space Gallery:

The touch of man on the natural landscape is all around us. From shimmering cityscapes and rural farms to strip mines and garbage dumps. Let’s see images that show the touch of man, light or heavy, on the earth around us. 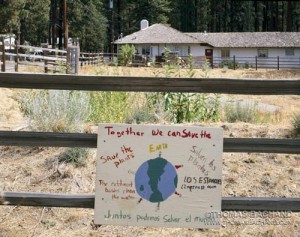 Together We Can Save the Earth. Kings Beach, Lake Tahoe, California

In producing Lake Tahoe: A Fragile Beauty I was fortunate to work with many in the University of California community who generously lent of their time and expertise in support of Tahoe and the arts.  Their contributions, vital to the success of the project, could not be replicated elsewhere and were the product of careers dedicated to science, the arts, and the public good.

So it is with dismay that I read, more articles ( SF Chronicle, Channel 10 San Diego, Changing Univeristies) about UC administrative salary excesses.  In the meantime, UCOP administrators and their paid consultants are suggesting more layoffs and furloughs at the campus level.  To hear UCOP and the Regents tell it, as UC is so heavily dependent upon the State of California, in hard times the pain must be spread around, and it is time to begin culling back duplicate and unnecessary staff (as well excess desktop printers).  These lines make nice media-sized sound bites.  Only if they were true.

What we see going on in California — behind the persistent lack of state funding, the protests over increased tuition and fees, the struggle for labor contracts and fair wages — is the slow creep of privatization that, over the course of 30 years, has arrived at the door of the University of California.

In 1968, at the height of Berkeley’s free speech movement, the upper income tax bracket, for those making over $200,000, was 75%.  Slowly tax rates came down, inflation eroded the dollar, and the tax burden more heavily shifted toward the middle class.  A 1978 tax revolt produced Proposition 13, which, effectively, froze all property taxes, residential and corporate alike.  California’s tax revenue dried up and legislators started looking for alternative funding sources, one of which was the education budget.

I expect that my college experience from the 1980’s is not unique.  After a year working and taking a handful of courses at a community college, I attended California State University.  Encouraged by a professor, I transferred to the University of California.  Savings, summer jobs, and family support paid my bills.  I graduated debt free and on top of the world.  One of my parents’ proudest achievements was seeing all their seven children graduate from college – six from UC.  This could not be done today.  We’ve effectively pulled up the ladder.

Since 1960, enrollment at UC has increased by 450%, while, in inflation-adjusted dollars, student fees have gone up 800%.  State funding has decreased by 30%.  There was a time when UC was free of charge.  Today, prior to the recently approved 32% fee increase, UC students bear the full cost of instruction.

As state funding to UC diminished, the UC Board of Regents, the university’s independent board of directors largely appointed by the governor to 12-year terms, began relying on research dollars to fund the university.  Today, only 15% of the University’s budget comes from the state.  The remainder is raised by the university’s various departments in the form of research grants and foundation awards.  Approximately half of these monies go to the departments; the remainder to UC as administration costs.  The state is currently reducing their $3 billion contribution to UC by $813 million.   Meanwhile, UC has a $7.2 billion Short Term Investment Pool, which it refuses to tap.   Stymied by the university’s unwillingness to open its books and discuss financial details, a rigorous debate has evolved between the faculty, staff, unions, and students, as they dig into and decipher public documents in an effort to find alternatives.

The protests at UC over a 32% increase in student tuition, finds its roots in a long string of labor disputes.  Currently in the spotlight is an investigation by the U.S. House Education and Labor Committee (Chaired by Representative George Miller of the California 7th District) into union busting tactics by UCOP in their contract negotiations with the post-doctoral scholars’ union.  During a recent hearing held a Berkeley City College (mp3 audio), Congressman Miller was joined by Congresswomen Barbara Lee and Lynn Woolsey in expressing outrage at UC’s delays, obfuscations, and maltreatment of the post-docs.  The capacity crowd was quieted by the story of one scholar who, with two bachelor’s degree and a Duke PhD, was earning only $37,400, on contract and with minimal benefits.  Not lost on Representatives Miller, Lee, and Woolsey, was the irony that VP of Human Resources Dwayne Duckett, UC’s representative at the hearing, was unable to provide basic information regarding UC’s efforts to resolve the contract dispute despite his salary of $300,000 (as well as a $75,000 relocation bonus upon hire in 2009, temporary living expenses of $15,000, and a subsidized mortgage loan).

Since 2004, the number of UC administrators earning over $100,000 has grown by 84% (as compared to 8% for all others) and those earning over $200,000 (3,646 employees) now account for over 10% of the total UC payroll (150,549 total employees).  UC President Mark Yudof earns nearly $1 million after perks and benefits, including a housing allowance while the President’s mansion is renovated.  The highest paid UC employee, though, is Berkeley football coach Jeff Tedford, who earned $2.8 million in 2007, despite the financial losses at Berkeley’s intercollegiate sports program and campus subsidies to keep it afloat.  Finally, one cannot overlook the $23 billion of pension funds, endowments, and short-term investments lost by the Regents over the past few years to bad investments in real estate and toxic assets.  This is greater than the entire $20 billion annual UC budget.

Last year, UC Santa Cruz Professor Bob Meister detailed, in an open letter to students, a 2004 Regent decision to “pledge” student fees as collateral for construction bonds and use them to pay debt service.   Thus, if UC were to freeze student fees, their bond rating, and, hence, construction projects, many of which are not related to instruction, would be threatened.  These projects include research and medical facilities, a hotel and conference center, and a highly-controversial sports stadium being built on an earthquake fault.  For parents and students struggling to pay for a university education, UC’s tuition backed bonds mean that the second mortgage or ballooning student loans going towards college education are, in fact, an indirect subsidy to UC construction projects.

According to UC, fee increase will be offset by increased financial aid to those families making less than $70,000.  UC plans to raise additional funding by increasing the number of higher-paying out-of-state students.  Both of these policies will reduce the number of low-income students attending UC, overburden California’s state and community colleges, and further strain the state’s treasury.

For nearly a century UC educated the best and brightest Californians for a nominal fee, redefining public education as it reshaped both the state and the nation.  Over the last forty years, UC has embraced a privatization model that turns its mission on its head.  Instead of regarding students as productive members of society to be refined and dispersed into our communities, students have become collateral for capital projects.

Unless one works directly for UC, is a student, or has family wishing to attend UC, it’s easy to feel like we don’t have a horse in this race.  Yet every dollar that goes into a stadium or fattens an already over-sized paycheck or is skimmed off by an equity firm, is one that does not foster innovation in the sciences, arts, or humanities.  We all become poorer for it.

To quote President Yudof on education, “The shine is off of it.  It’s really a question of being crowded out by other priorities.”